The Polish Research Institute Archive is a unique collection of source material from the survivors of Ravensbrück and other Nazi concentration camps. With the help of your generous donations we have made parts of the archive available online. The interviews, transport lists, lists of arrivers to Sweden, photographs, drawings, poetry notebooks, personal notebooks, teaching materials, work journals, and Helena Dziedzicka´s notes from the trials have all been digitized in their entirety. We thank our donors for your very generous support.

Towards the end of World War II, approximately 20,000 Nazi concentration camp survivors were evacuated to Sweden. The rescue operations were organized by the Red Cross and United Nations Relief and Rehabilitation Administration. With the intent of documenting the war crimes and the experiences of the victims, a working group called “The Polish Research Institute in Lund” was founded to conduct in-depth interviews with the former prisoners and collect material that the survivors had brought with them from the camps.

The initiator of the documentation project was Zygmunt Lakocinski (1905-1987), lecturer in Polish at Lund University, who worked as an interpreter at the arrival of the survivors. The material was intended to be used as evidence in future trials and as source material for historical research. Financed by the Swedish government, Lakocinski assembled a team of co-workers – themselves former prisoners of concentration camps – who in 1945 and 1946 conducted more than 500 interviews.

Though personal belongings were forbidden in the concentration camps, many survivors had managed to keep small objects hidden and bring them with them to Sweden. Among the personal belongings donated to the working group were letters, photographs, personal notebooks, drawings, food recipes, prayer books, teaching materials, as well as work journals used at camps (so-called Blockbücher). In addition to this material, which is now part of the archive, the working group also collected a large number of physical artefacts, such as crucifixes, dolls and pieces of cloth, that are now kept at Kulturen in Lund.

The Polish Research Institute also compiled information that could be used as reference resources. These included lists of concentration camps, SS personnel, Nazi prisons, persons deceased and executed in the camps, vocabularies listing terms used at the camps, as well as Swedish refugee camps and hospitals where the survivors were placed. The institute also copied transport lists (probably to and from the Ravensbrück concentration camp) and the Red Cross’ and UNRRA’s lists of Polish citizens who were evacuated to Sweden. The archive also contains personal notes by Helena Dziedzicka, a former prisoner at Ravensbrück and member of the working group, taken when she testified at the so-called Hamburg Ravensbrück trials in 1946-1947.

For a complete overview of the archive please see this Lund University Library page. The witness testimonies, all written in Polish, are in the process of being translated into English, and new translations are added continually. 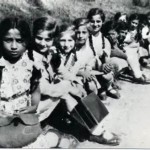 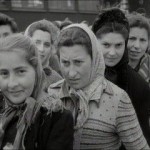 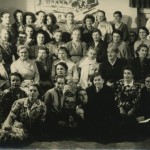 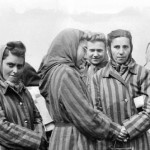 ”Ravensbruck Concentration Camp was built to house primarily women and children. Anything that can be done to document the atrocities that occurred there must be done! We thank the people of Sweden for their unyielding support of Jewish and other Ravensbruck refugees after WWII.”
U.S. Congressman Henry Waxman, Congressional Liaison to the United States Holocaust Memorial Museum

”We must never forget the sad and unimaginable lessons of the Holocaust. Once translated, Lund University’s Ravensbrück Archive will allow us to educate generations to come.”
Rabbi Steven Carr Reuben, Kehillat Israel
Former President of the Board of Rabbis of Southern California

”Holocaust evidence is becoming increasingly fragile and scarce. The Ravensbrück Archive is a revelation that will help to teach history and prevent it from repeating itself.”
Holli Levitsky, Founder and Director of the Jewish Studies Program
Professor of Holocaust Studies at Loyola Marymount University

”This Ravensbrück Archive is a lost treasure. Its translation and preservation offers an opportunity to reclaim an important slice of history and worthy of exhibition at the L.A. Museum of The Holocaust.”
E. Randol Schoenberg, President, L.A. Museum of the Holocaust

Two articles by the Jewish Journal:

This is an necessary category.